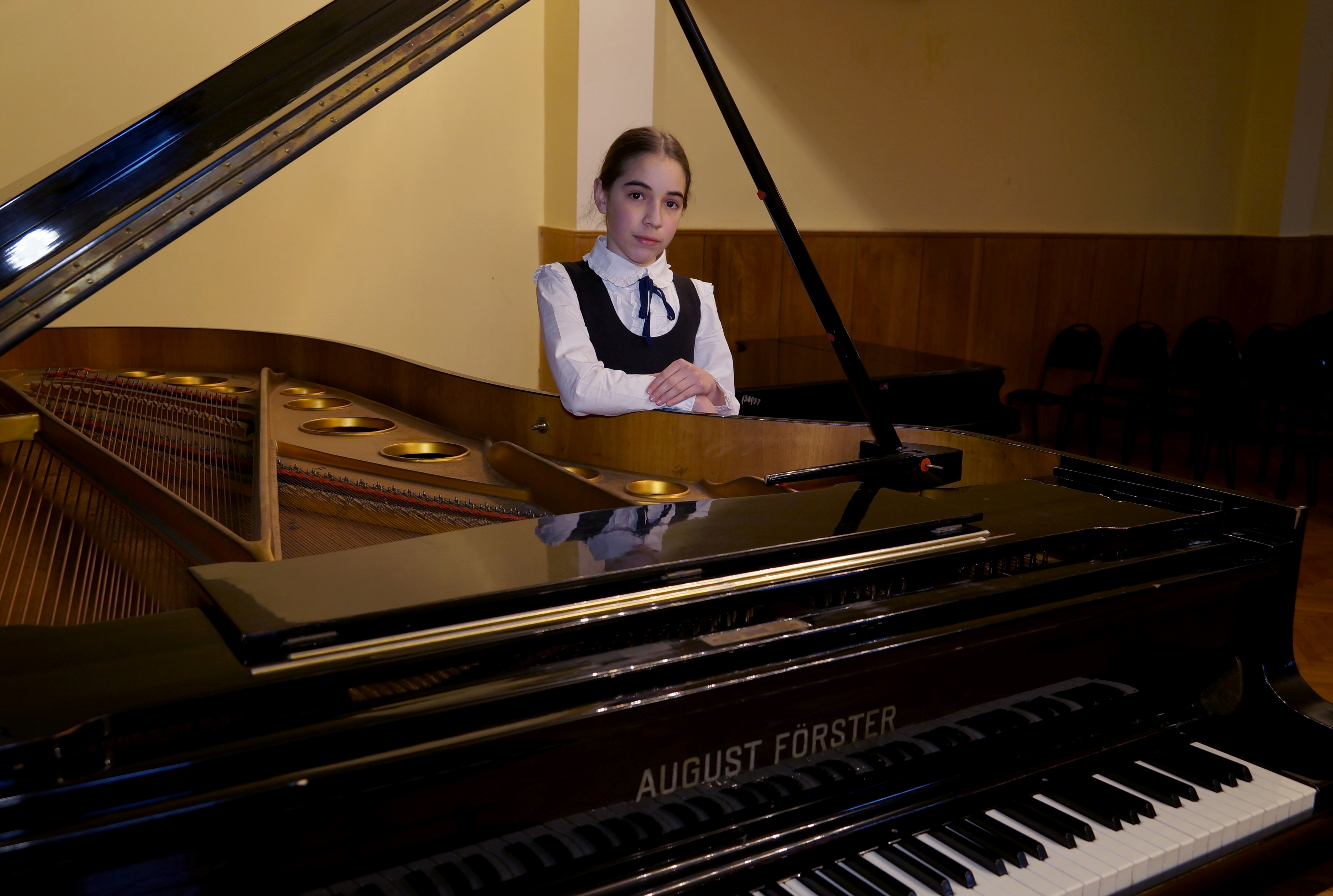 Ekaterine Nikoladze was born in Tbilisi, in 2005, 13th of February. She made her first steps in music world in 2011, together with her young teacher, Tinatin Endeladze, at Z. Paliashvili Music School #2, in Kutaisi.

As of 2014 Eka has been participated actively in various competitions and festivals, where she gets diplomas, laureate titles and special prizes.

In 2016 Ekaterine participated in Master Classes of the pianist Elisso Bolkvadze. As a result, she was invited to Batumi Music Fest, where a famous musician, Darko Brlack listened to her and, from his side, invited Eka to Ljubljana, to The Young Virtuozi XXV Music Festival in Slovenia, with the 45 minutes solo program. Ekaterine became a scholar of Elisso Bolkvadze Foundation “Lyra” and since then has been annually a participant of the program of the music festivals in Batumi.

Eka also won the 1st prize in The XI Republic Classic Music Competition-Festival for Children and Youth “Find Your Star” (2018); got jury’s special prize for the best performance of S. Prokofiev’s piece at T. Amirejibi II International Competition for Young Pianists in Borjomi (2018); got the medal and diploma for the best performance of modern composer’s piece at The XI Republic Festival of Classical Music “Future Stars 2018”.

In 2018 Ekaterine becomes a winner of the Grand Prix in VIII International Competition-Festival “Harmony”, Side (Turkey).

In the same year Eka participated in the “MISA Grand Prix” competition, organized by Music International Summer Academy, and won the I Prize, as well as invitation to Bavaria with the solo concert and invitation to play the concert with MISA’s Youth Symphony Orchestra.