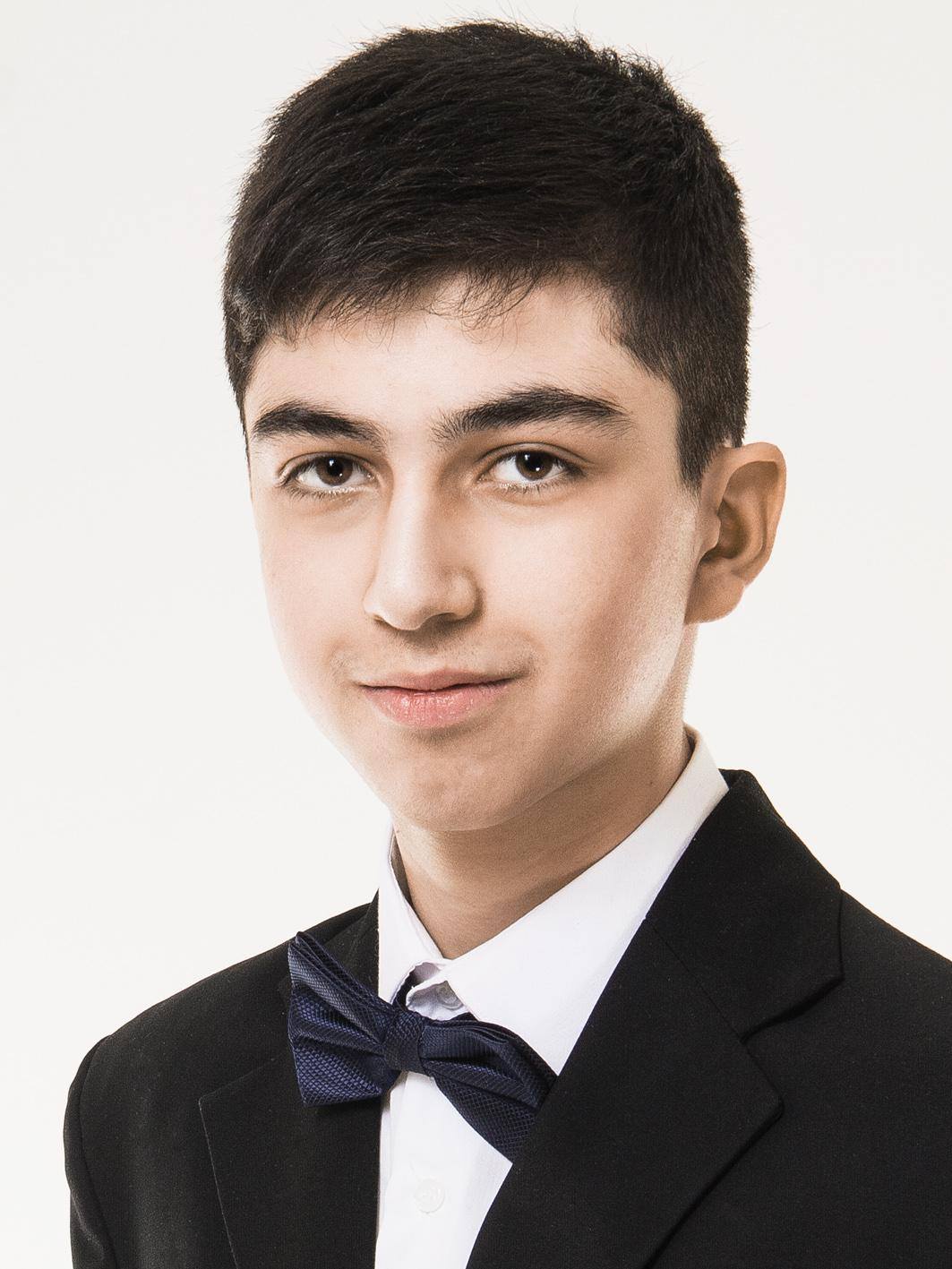 Aleksandre Shubitidze was born in Georgia, Tbilisi, 2002, 24th May. He began playing on the piano since 8 years old. He studies at the Z. Paliashvili Central Music School, his teacher is Mrs. Natia Kavtaradze. He have participated in many competition. He is owner of prizes and Laureate. He is laureate in international competition “Golden Taste”, Germany, 2011. He is also participant and laureate in international competition of Nikabadze, Georgia, 2014. He minded special preemie as the best artist in the competition of Georgian Musicians/pianists 6th competition, Georgia, 2015. He have also special prize of the best performance of 1. Classic Sonata; 2. Polygenic Music in 2015 and 2016 in the competition “Future Stars”, Georgia. He had Master classes with Hans-Jurg Strub, Tbilisi, Georgia.

In 2018 Aleksandre had a solo concert in Munich, Germany, organized by “MISA”.