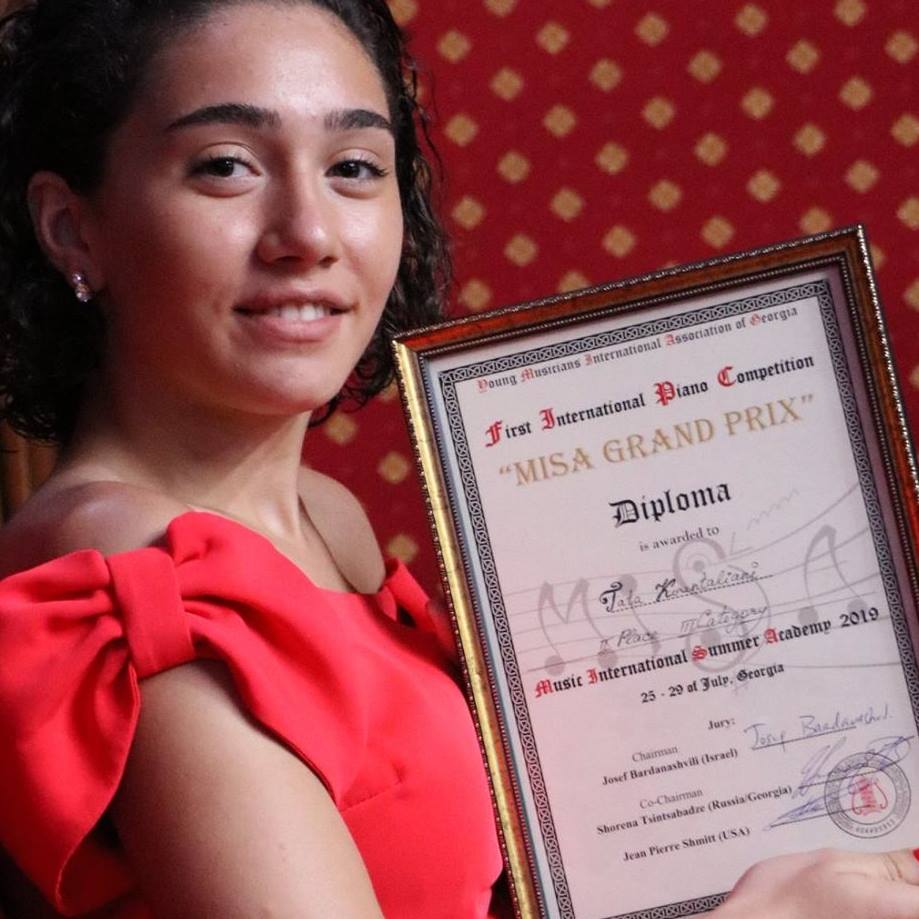 Tata Kvantaliani was born on 9th february 2002 in Tbilisi. She started playing piano at the age of 7. It 2009 she was enrolled in Z.Paliashvili conservatory music seminary,Tamar Sakvarelidze’s class. During her studies she participated in various concerts. In small and big concert halls of conservatories.

2016-2017 studies at Gritish-Georgian Music Academy "BGMA" in Dr.Mike Ward's class. 2017 Tbilisi participated in competition "MUZA", where she got the first place, with special prize - "The best performance of 19th century romantic music". 2017-27th November was invited by British Embassy and took part it the international concert dedicated to 1st world war 100 years anniversary.

2017-31th December concert at Georgian Patriarchate. At the same time in 2017 continuing studies at Tbilisi E.Mikeladze musical institute in Tina Ghvineria's class and in 2017-2018 participated in various concerts. 2017-25th March-In the opera garden-concert edicated to J.S.Bach anniversary, " Bach in the subways".

2018-27th July-Batumi- took part in the piano competition had by international Music Summer Academy. "MISA",where she got the jury special prize - Solo Recital in Munich (Bavaria) 2019. In June of 2019 she played solo concert for the German audience in Bad Tölz. In April of the same year she performed E.Grieg piano concerto conducted by Giorgi Jordania in V. Sarajishvili State Conservatoire in Tbilisi.

Tata Kvantaliani participated in a masterclasses with founder of "MISA" Shorena Tsintsabadze. She became a member of the "MISA" and will join the Georgian Youth Symphonic Orchestra and the solo concert series, which will be held in 2019-2020.