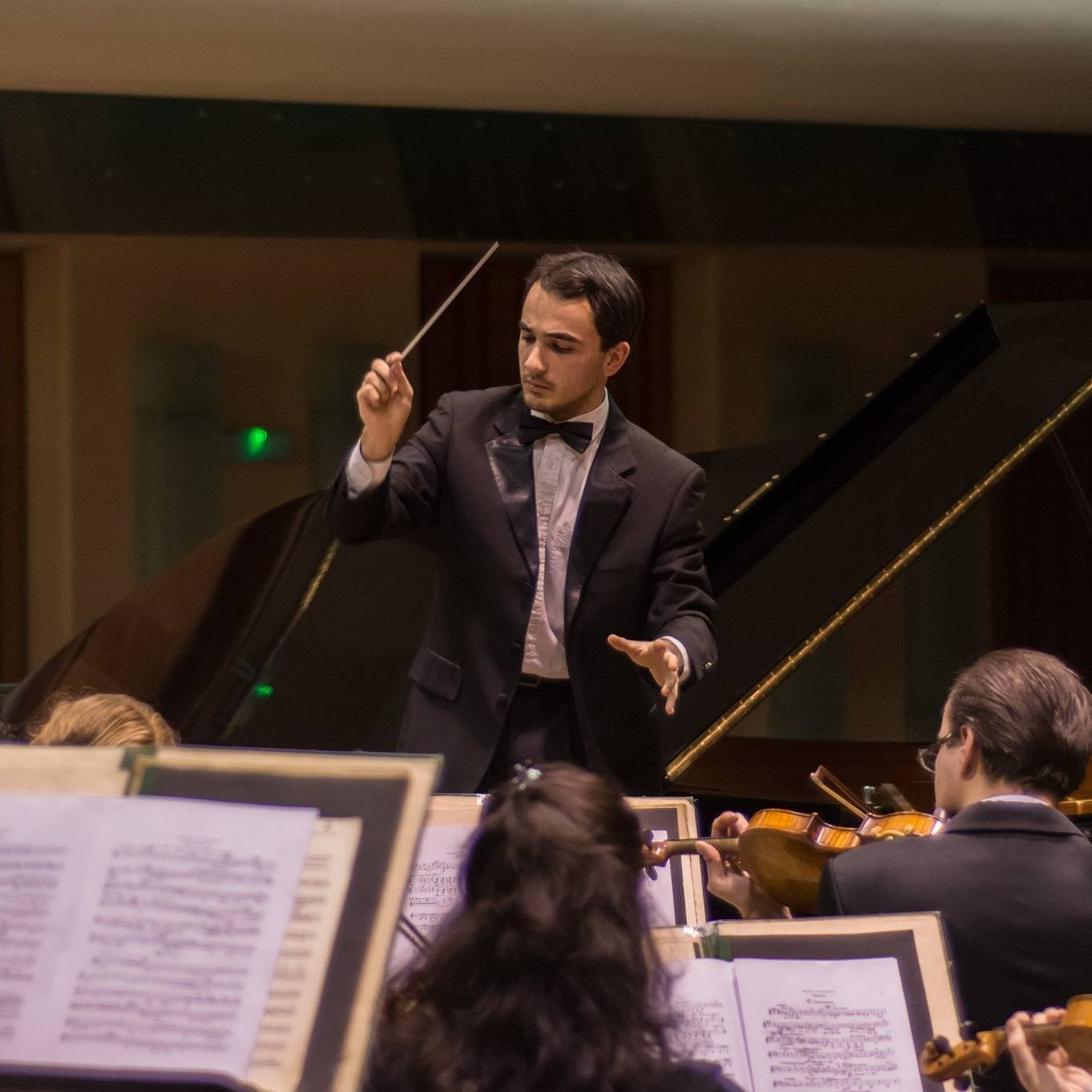 In November 2017, Soso had a debut concert together with the National Philharmonic Orchestra of Georgia as a music director. V.A. Mozart’s symphony #41 and 21th fortepiano concert was performed in line with a pianist Giorgi Gigashvili. Within the years of 2015-2018, in parallel to the conservatory, he studied and completed the choral-director faculty of the music seminary, in the class of Archil Ushveridze.

Since 2018 till today, he has been studying on 5-year specialty program, on the faculty of opera-symphony director in the Rimsky-Korsakov ST. Petersburg State Conservatory, Russian Federation, in the class of Mikhail Kukushkin. Ioseb Jugashvili has been a participant in many concerts, master-classes and international festivals, among them the Telavi International Music festival in 2016, master-classes held by Eliso Virsaladze in the Tbilisi State Conservatory in 2014.

Since 2019 he has been a director of the Georgian Youth Symphony Orchestra.