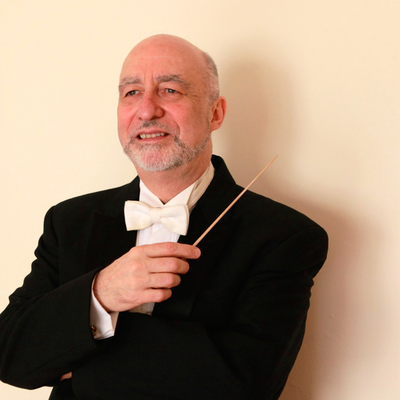 “In-born talent, excellent education, and experience allowed [Jean-Pierre Schmitt] to create a miracle with our orchestra within just one week.”

Praised for his precision and elegance at the podium, conductor Jean-Pierre Schmitt was trained in the purest French conducting tradition under the tutelage of his friend and mentor, the late maestro Jean Fournet. In June 2013 he led the premier of a new work at Lincoln Center’s Alice Tully Hall to great applause. Maestro Schmitt is admired by the orchestra members he has conducted and possesses a rare ability to convey his musical insights to the performers. In France, Mr. Schmitt worked with the Conservatory Paris V youth orchestras and the International Orchestra in Paris. He has since conducted around the world as an invited guest on several occasions to lead both the Chamber Orchestra and the Philharmonic Orchestra of Macedonia, the National Orchestra of Moldova, and the State Philharmonic Orchestra of Oryol in the Russian Federation. Soon after his arrival in the United States Maestro Schmitt was invited to conduct the Classic Chamber Orchestra of Connecticut and the New York Lawyers’ Orchestra. He also led The Monte Vista Chamber Orchestra in Texas and The Louisiana Chamber Orchestra. Schmitt is the founder of The French-American Chamber Orchestra in New York, performing on New York’s finest stages including the United Nations, Lincoln Center, and Carnegie Hall.

Jean-Pierre Schmitt’s recordings have been well received by critics and the public alike and his affinity for the art of accompanying a soloist comes through. In 2003 Schmitt recorded two concertos for cello by Josef Haydn with The French-American Chamber Orchestra and cellist Ariane Lallemand. Later, in 2008, he recorded The Classical Saxophone: A French Love Story with Orchestre Pasdeloup and saxophonist Javier Oviedo. To help fulfill his passion for new and interesting projects, Maestro Schmitt co-created The Classical Saxophone Project (CSP) with saxophonist Javier Oviedo. The mission of CSP is to promote the classical, non-commercial repertoire of the saxophone. This is accomplished through concertizing and recording with a focus on education through teaching and coaching young artists, lecturing, and conducting master classes.